Is It Better To Light a Cigar With a Match or Torch Lighter?

Home  »  Informative   »   Is It Better To Light a Cigar With a Match or Torch Lighter?

Are you a cigar enthusiast looking for the perfect way to light your favorite smoke? If you’ve ever wondered whether it’s better to use a match or lighter, this blog post is for you!

We’ll look at the pros and cons of each lighting option so that you can decide which is best for your cigar-smoking needs. 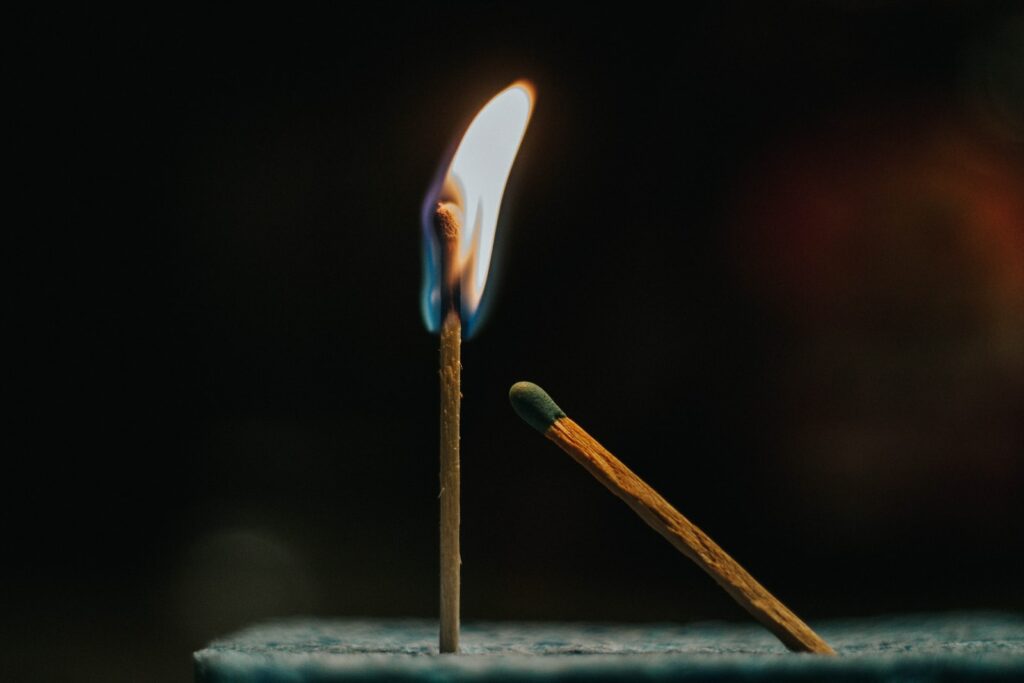 Does Lighting a Cigar With a Match Better Than a Torch Lighter?

It depends on the type of cigar that is being lit. Both matches and torch lighters are useful tools for the job, however, a torch lighter is often more effective than a match.

A torch lighter can provide a more even and consistent flame, which is especially beneficial for larger cigars.

Matches are also suitable for lighting cigars, however, they burn out quickly and require more patience. Additionally, matches can leave a sulfur aftertaste and are not always easy to find.

Ultimately, the best choice for lighting a cigar will depend on the type of cigar and personal preference.

Advantages of Lighting a Cigar with a Match

Using a match to light a cigar has several advantages. One is the control it gives the smoker to light the entire foot of the cigar before drawing. This ensures that the cigar is evenly lit and burns evenly.

Matches also produce a soft flame that will slowly heat up the tobacco, which helps to reduce the amount of unpleasant sulfur taste. Additionally, using a wooden match can impart a pleasant aroma to the cigar, while books of matches should be avoided.

Finally, using a match is one of the most basic ways of lighting a cigar, so it is easy to learn and use.

Advantages of Lighting a Cigar with a Lighter

The advantages of lighting a cigar with a lighter are numerous. Lighters provide more control regarding the flame’s size and intensity, allowing you to toast the foot of your cigar evenly.

This also makes it easier to light larger cigars, as lighters often come with triple or quadruple flames that can heat the entire foot of a big ring cigar.

Lighters like torch lighters provide a larger and more consistent flame than matches can achieve, making it easier to light the end of the cigar. Lighters also require less effort, as they get the cigar lit quicker and with more heat.

Additionally, lighters are easy to use, readily available, and travel well. Butane torches also provide more heat than matches and can get your cigar lit much faster and with less effort.

With a little practice, lighters can even provide a more even burn than matches. All in all, lighters are a great choice for lighting a cigar.

Drawbacks of Using a Match or Lighter

Using a match or a lighter to light your cigar has drawbacks. If a breeze is present, it can be difficult to light the cigar. Additionally, short matches may not be able to light the cigar in one shot, requiring the use of two matches at once.

Match heads only provide a little flame, which can be difficult to keep lit long enough to light the end of your cigar; that’s why most cigar shops offer longer match sticks.

On the other hand, lighters can produce too much heat, charring the foot of the cigar and imparting an unpleasant taste. Additionally, using either a match or lighter can also make it difficult to control the amount of heat applied to the cigar’s foot.

Which One is the Better Option?

When it comes to lighting a cigar, it can be difficult to decide which method is better: matches or a lighter. While both options have advantages, they may depend on the situation or individual preference.

Matches are easy to find and are often free at cigar retailers and lounges. They produce a soft flame that will slowly heat the cigar, although sulfur matches can interfere with the taste of your cigar.

On the other hand, torch lighters are great for smoking outdoors and often offer multiple flames for an even light. Ultimately, it’s up to you to decide which option is best for your cigar-smoking experience.

Tips for Lighting a Cigar with Matches

When lighting a cigar with a match, it is important to use long wooden matches. Avoid convenience store paper matches, as they contain sulfur, which can ruin the cigar taste. To ensure the cigar is lit properly and evenly, light the match and hold it several inches away from the foot of the cigar. Then, rotate the cigar while slowly drawing on it until a vibrant cherry forms.

Tips for Lighting a Cigar with a Lighter

Also, make sure you use a light specifically designed for cigars and one that uses butane as fuel, as this will give you the best results.

When lighting a cedar stick, one can use a match or a lighter, such as a butane lighter with high-quality gas. However, some cigar smokers prefer lighting their cigars with cedar spills as it imparts a pleasant aroma to the cigar.

Common Mistakes When Lighting a Cigar

When lighting a cigar, it is important to avoid common mistakes to keep the flavor of your cigar intact.

One mistake to avoid is using matches with a sulfur tip, as the sulfur can alter the taste of your cigar. It is also important to be careful when using a butane torch lighter, as overburning the tobacco can destroy the flavor.

Furthermore, it is best to avoid lighters with lighter fluid or matches made from cardboard, as they can also interfere with the flavor of your cigar. Lastly, it is important to light a cigar correctly the first time; avoid touching up or relighting your cigar to preserve its flavor.

Which Lighter is the Best?

When it comes to choosing the best lighter for lighting a cigar, it depends on personal preference and the circumstances. For example, a torch lighter can be the best choice if you’re smoking outdoors due to its windproof flame.

On the other hand, if you’re looking for something more traditional, a wooden match is perfectly acceptable and dependable. Butane lighters provide dependable flame control and are often preferred by cigar lovers. Ultimately, whatever you choose should provide an even, consistent light that won’t affect the taste of your cigar.